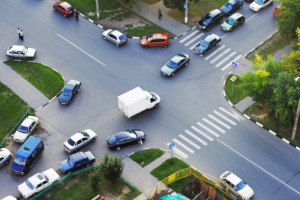 A couple from the Helena area were fatally injured Aug. 2 in a collision at the intersection of Lincoln Road and Glass Drive in Seattle.  According to the Independent Record, the two were passengers in a Chevy Caprice that failed to stop at the intersection and was struck by a Jeep.

The 78-year-old husband died at the scene, and his wife, 57, died later in a hospital. Both suffered massive internal injuries, the newspaper reported.

Failure to yield is a leading cause of motor vehicle collisions throughout the country, including the State of Washington. Although failure-to-yield collisions can occur under a variety of circumstances, they often happen at intersections.

According to the National Highway Traffic Safety Administration, almost half of all intersection accidents are caused by drivers’ inadequate observation. Often this means that a driver believes he or she has the right of way and proceeds through an intersection when, in fact, the right of way belonged to a driver coming from another direction. Inadequate observation may also occur when a driver fails to realize the need to stop when approaching an intersection.

Intersection accidents can be deadly, as the Lincoln Road collision tragically illustrates. The driver who has the right of way frequently has no warning that a collision is about the happen and no opportunity to take evasive action or slow down.

If you have been injured or lost a loved one in a Yakima Valley area failure-to-yield accident, you could be entitled to compensation. The Yakima Valley accident attorneys at Mariano Morales Law can help you get through the legal process and make sure that the party responsible for your injuries or loss is held accountable. Call 866-972-0493 or use our online contact form for your free initial consultation.