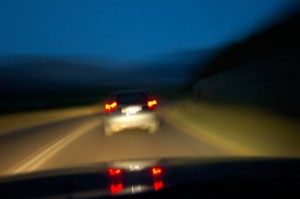 Truck drivers are frequently tested for alcohol and drug use. But required testing does not cover all drugs that can impair truck drivers. Truckers who take prescription and over-the-counter medications can become impaired and cause accidents, just like those who drink or take illegal drugs and get behind the wheel.

The attorneys at the Mariano Morales Law Firm of Yakima are here to help if you have been injured in a commercial truck accident caused by an impaired driver.Contact us today for a free claim review and information about how we can help you get the money you deserve.

How Are Truck Drivers Tested for Impairment?

The Federal Motor Carrier Safety Administration (FMCSA)requires those who employ truckers and other commercial motor vehicles to implement drug and alcohol testing programs.

Tests are to be administered before hiring, randomly among employed drivers, when drug or alcohol use is suspected and after most accidents.

A driver who tests positive for a drug or registers a BAC of 0.04 percent or greater must be immediately removed fromdriving until completinga defined return-to-duty process with a qualified substance abuse professional.

Missing from the FMCSA drug and alcohol testing program for truck drivers are prescription and over-the-counter (OTC) medications. However, these substances can still cause driver impairment and may lead to liability on the part of a trucker who uses or abuses them.

Beyond the OTC stimulants that have become popular in recent years – energy drinks and energy booster pills, for example – there arelegal medications that have mind-altering properties. This can lead to abuse by those seeking a high, but can also cause unanticipated effects in truck drivers who are taking them to stay awake and meet a deadline.

Commonly used and abused prescription drugs that cause impairment include:

The most commonly abused OTC drugs are cough and cold remedies containing dextromethorphan, which can cause impaired motor function, numbness, nausea or vomiting, and increased heart rate and blood pressure.

With prompt action after a truck accident, you may be able to hold an impaired truck driver andthe trucking company liable for the harm you have suffered. The legal team at the Mariano Morales Law Firm can take the steps necessary to find and protect evidence that may indicate drug or alcohol use by a trucker in Washington State.

We can subpoena a trucking company’s drug and alcohol test records. But there is a limited time to have a trucker tested for drugs that are not covered by federal policy. In addition, the FMCSA allows trucking companies to eventually destroy records pertaining to truck drivers and driving activity, so it is important to act quickly.

A truck driver’s receipts or credit card records may also be subpoenaed and could show purchases of OTC or prescription drugs that cause impairment.

If you were injured in a truck accident caused by an impaired driver, you may be able to obtain compensation for your medical expenses, property damage, lost income, pain and suffering and other losses.

Was Impairment a Factor in Your Injuries? Our Lawyers Can Help

If you have been involved in a truck accident in Washington State that you think may have been caused by impaired driving, contact the Mariano Morales Law Firm.

We investigate truck accidents to recover compensation for clients who have been harmed because of negligence by truckers or trucking companies. Call us now or fill out our online contact form to set up a free initial legal consultation.