If You Have a Car Accident, Call the Police 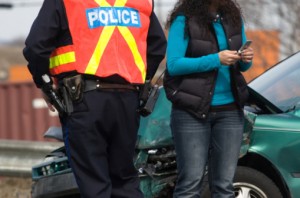 Police in Kennewick, Washington, recently warned motorists against trying to handle traffic accidents without police assistance, KNDU reported. The warning came after a motorist allegedly hit a pedestrian, but the pedestrian did not want to contact the police. Instead, the pedestrian asked the motorist for money.

Washington State law requires a car accident to be reported to the police if it involves injuries, criminal activity or more than $700 in property damage.

Even a minor fender bender should be reported to the police for reasons such as:

Kennewick Police Sgt. Ken Lattin told KNDU that a motorist should always question why someone would not want the police to come to the scene. “They don’t want the police to come. Why is that? Well they may not have a license. Maybe they’re impaired at this point. Maybe they have warrants for their arrest. There may be a whole host of reasons why they don’t want police contact. That should be a clue to you when somebody offers you cash right there on the spot, that something is not right,” he said.

If you have been injured in a Washington State traffic accident, contact the police as soon as possible to make a report.  After that, contact an experienced personal injury attorney as you could be entitled to compensation for your injuries. The Yakima Valley personal injury attorneys at Mariano Morales Law can help you get through the legal process and make sure that the party responsible for your injuries or loss is held accountable. Call 866-972-0493 or by use our online contact form for your free initial consultation.