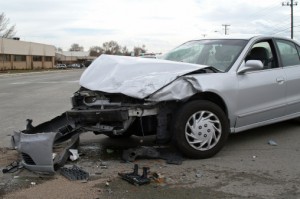 A single-vehicle crash resulted in injuries to seven teenagers on Interstate 5 near DuPont, Washington, recently. According to a news report, the teens were in a Volkswagen Jetta when the vehicle’s 16-year-old driver slammed on the brakes, causing the car to veer into the grass median. The vehicle then slid into a pillar and came to rest after rotating 180 degrees. The force of the collision caused the engine to rip out of the vehicle.

The Dangers of Teenage Drivers

Although the only way for a teen to learn how to drive is by practicing, parents should be aware of just how dangerous teenage drivers can be.

According to the Centers for Disease Control and Prevention, motor vehicle collisions are the leading cause of death for American teens. In fact, seven teenagers between the ages of 16 and 19 died from injuries sustained in motor vehicle collisions on average each day in 2010. Drivers in the 16- to 19-year-old age group are three times more likely to be involved in a fatal collision than drivers over the age of 20.

While a teenage driver’s inexperience clearly heightens the risk of a collision, other factors also raise the risk. Drinking and driving, for example, which is dangerous for any driver can be even more dangerous for a young, inexperienced driver. In addition, the presence of other teenagers in a vehicle dramatically increases the risk of a collision for a teen driver. Finally, male teenage drivers have the highest risk of collisions among all drivers largely because male teens tend to speed or engage in risky or aggressive driving more than others.

If you have been injured or lost a loved one in a Yakima Valley area motor vehicle accident, you could be entitled to compensation for your injuries or your loss. The Yakima Valley car accident attorneys at Mariano Morales Law can help you get through the legal process and make sure that the party responsible for your injuries or loss is held accountable. Contact the team today by calling 866-972-0493 or by using our online contact form for your free initial consultation.