The Dangers of Drowsy Driving 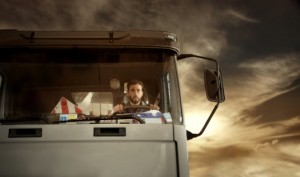 A Boise woman was fatally injured recently in a rollover accident in Washington State. According to Washington state troopers, the recent graduate of Boise State University was a passenger in a 2007 Ford Focus being driven by a 22-year-old Spokane man. The Spokesman-Review quoted troopers as saying the driver fell asleep behind the wheel approximately two miles west of Ritzville, Washington. The vehicle then hit the median and rolled over. The woman was pronounced dead at the scene, and the driver was hospitalized.

Fatigued or drowsy driving is a serious threat to everyone on the nation’s roadways. Most people underestimate both the prevalence and the danger of drowsy driving.

Precise statistics are difficult to come by because of sporadic reporting practices and because drivers are reluctant to self-report falling asleep. But experts say the problem is serious and growing. A study conducted by the National Sleep Foundation found that 60 percent of all respondents admitted to driving while drowsy within the last year with one in three admitting to actually falling asleep behind the wheel.

Part of the problem with fatigued driving is that motorists do not realize how dangerous it can be. People tend to think, wrongly, that they will know when they have reached the point at which they cannot control their vehicle. In fact, studies have shown that a fatigued driver is potentially as dangerous as a drunk driver. One study concluded that a driver who has been awake for 24 hours has an impairment level equal to a driver with a blood-alcohol concentration, or BAC, of 0.10 – over the legal limit for driving while intoxicated. Just as a drunk driver’s reaction time is significantly slowed, so is the reaction time of someone who is operating without enough sleep.

If you have been injured or lost a loved one in a Yakima Valley area drowsy-driving car accident, you could be entitled to compensation for your injuries or your loss. The Yakima Valley auto accident attorneys at Mariano Morales Law can help you get through the legal process and make sure that the party responsible for your injuries or loss is held accountable. Call 866-972-0493 or use our online contact form for your free initial consultation.