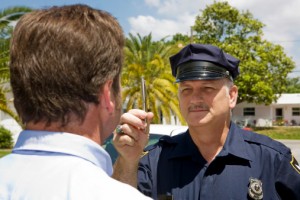 Both were single-vehicle crashes. In one, a vehicle ran a stop sign near Zillah, collided with a signpost, went through a field of stacked lumber and flipped over. The driver took off but later was found hiding in a nearby orchard, the Yakima Herald reported. A passenger suffered serious facial injuries, including the loss of the tip of his nose.

In the second accident, a Honda Accord rolled over after veering off State Road 101 near State Road 8 near Olympia, NWCN reported. The 19-year-old driver and a passenger were injured.

According to the Washington Traffic Safety Commission, 230 people lost their lives in 2010 as a result of alcohol-related collisions. Nearly 20 percent of those killed were passengers in vehicles driven by other people. And many more were injured—some seriously—as a result of drunk driving collisions.

If you have been injured or lost a loved one in a Yakima Valley area drunk-driving accident, you could be entitled to compensation. The Yakima Valley car accident and injury attorneys at Mariano Morales Law will work to make sure that the party responsible for your injuries or loss is held accountable. Contact the team today by calling 866-972-0493 or by using our online contact form for your free initial consultation.