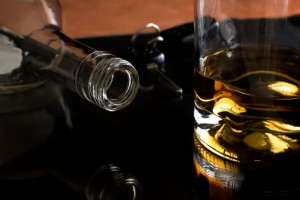 Federal accident investigators are calling on states to significantly lower the drunk driving threshold, as other nations have done, to reduce deaths from alcohol-impaired driving.

The National Transportation Safety Board urged states to reduce the current 0.08 percent blood-alcohol standard to 0.05 percent, the Associated Press reports. According the NTSB, more than 100 countries have reduced their drunk driving threshold to 0.05 or lower. In Europe, for example, the reduction resulted in a reduction of more than 50 percent in drunk-driving fatalities.

Despite efforts by advocacy groups and government agencies to raise awareness about the dangers of drinking and driving, one in every three traffic fatalities in the U.S. is caused by a drunk driver. That number has remained more or less the same for more than a decade.

The NTSB also recommends greater use of ignition interlock devices. An interlock device requires a driver to blow into a tube to check for the presence of alcohol. If alcohol is detected, the vehicle will not start.

States are expected to resist lowering the blood-alcohol limit for drunk driving. However, the State of Washington is considering legislation that would increase the use of ignition interlock devices. The legislation would require anyone who has been charged with drunk driving to install an interlock device unless a judge makes an exception. Currently only an individual who has been convicted of a drunk-driving offense can be ordered to install the device.

If you have been injured in a Yakima Valley area drunk driving crash , or have lost a loved one as a result of one, you could be entitled to compensation for your injuries or your loss. The Yakima Valley car accident attorneys at Mariano Morales Law can help you get through the legal process and make sure that the party responsible for your injuries or loss is held accountable.

Call 866-972-0493 or by use our online contact form for your free initial consultation.