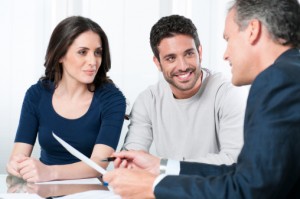 Local televisions station KCTS recently aired “Latinos: The Changing Face of Washington,” an in-depth documentary chronicling the history of Latinos in the State of Washington. SeattlePI.com columnist Joel Connelly wrote about the documentary, which was produced and narrated by Enrique Cerna, a descendant of the first wave of Hispanics to arrive in the lower Yakima Valley in the early part of the 20th century.  “It is a truly American story,” Cerna says toward the end of the program.

The first wave of Hispanic immigrants made their way to Washington back in the 1940s, looking for work and a better way of life. Many were migrant farmworkers who decided to stay and make a life for their families in America. They worked hard in the fields, toiling away from sunrise to sunset at jobs no one else wanted. They taught their children that America truly was the land of opportunity and that through hard work, dedication, and education they could rise up out of the fields and become anything and anyone they wanted to be.

Many of their children and grandchildren listened. They have become teachers, professionals, and entrepreneurs.

Latinos represented a small portion of the state’s population through the 20th century. The Latino population in the state began to grow at the close of the 20th century. In the first decade of the 21st century, the Latino population of Washington State grew 71 percent. Hispanics now account for 11.2 percent of the population and 20 percent of the pupils in the state’s schools. An estimated 325,000 of Washington State’s 800,000 Hispanic residents live in King, Pierce, and Snohomish counties.

The documentary raises a number of questions, many relating to the age-old issue of prejudice. Populous areas of Washington State, such as counties in the Puget Sound basin, appear to welcome the influx of Latinos and the diversity it has created. Other areas of the state, according to the documentary, are not as welcoming of change.

The 10 counties with the highest Hispanic populations in Washington have “virtually no Latino officeholders,” according to Paul Apostolides, a Whitman County political scientist. As an example, the documentary points to Yakima. The population of Yakima is more than 40 percent Latino, yet they lack representation on the city council. The ACLU has filed a court challenge against Yakima council elections.

Also telling is the story of Washington State Supreme Court Justice Steve Gonzalez, who ran for a full term last year after appointment to the high court. Gonzalez ran with numerous endorsements and an impeccable record. His opponent, Bruce Danielson, did not campaign and did not show up for candidate forums, yet he carried 30 of the state’s 39 counties in the election. Gonzales emerged the victor thanks to substantial Puget Sound support.

If you missed the documentary when it was originally aired, it can be viewed in its entirety, both in English and in Spanish, at the KCTS website.

Yakima Valley attorney Mariano Morales is the son of migrant farm workers who settled in the valley many decades ago. You can read more about his success story on the Mariano Morales Law website. If you have been injured and need legal advice or assistance, call the Morales team at 866-972-0493 or by using our online contact form for your free initial consultation.