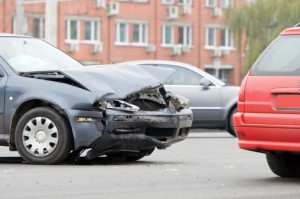 A series of pile-ups led to a 14-mile long traffic jam and numerous injuries during the morning rush hour Oct. 25 on Interstate 5 in Seattle. According to the Associated Press, an investigator said a speeding driver who was following another car too closely caused the initial collision, which involved five cars on the left side of the northbound lanes. That was followed by a four-car crash on the right side of the northbound lanes as drivers tried to avoid the initial accident.

A three-car collision happened seconds later. Finally, another five-vehicle accident took place in the southbound lanes, likely a result of motorists who were distracted by everything that was going on in the northbound lanes.

The pile-ups occurred near Boeing Field in a section of the interstate where traffic is known to slow down without much notice due to congestion, according to Washington State Patrol Trooper George Englebright. “This area will go from 60 to 40 in a second and people aren’t looking far enough ahead,” he was quoted as saying. “That’s typically what happens

All in all, five people, including a 25-year-old man who was unconscious after being cut out of a vehicle, were transported to a hospital. About 30 others suffered minor injuries.  Authorities planned to charge at least one driver.

Unfortunately for those involved, the Interstate 5 pileups illustrate what can happen in a chain-reaction accident. One motorist, who was speeding or engaging in aggressive driving  apparently began the chain reaction accident.

For every driver on Washington’s roadways, the Interstate 5 collisions should serve as a reminder to slow down, keep plenty of distance between you and the vehicle in front of you, and always be prepared for rapidly changing driving conditions.

If you have been injured or lost a loved one in a Yakima Valley area chain -reaction accident, you could be entitled to compensation for your injuries or your loss. The Yakima Valley multi-vehicle accident attorneys at Mariano Morales Law can help you get through the legal process and make sure that the party responsible for your injuries or loss is held accountable. Contact the team today by calling 866-972-0493 or by using our online contact form for your free initial consultation.