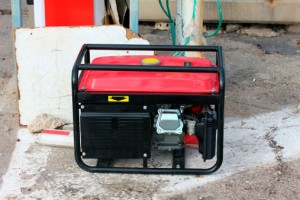 The Consumer Product Safety Commission recently warned consumers about the dangers of portable generators, particularly in enclosed spaces. According to the commission, portable generators caused 800 carbon monoxide deaths in the United States from 1999 to 2012, with most occurring since 2005.

Portable generators are frequently used in the winter months during outages or when electricity has been turned off for non-payment of a bill. In fact, half of all generator-related deaths occur during the four coldest months of the year, from November through February, with 74 percent occurring in homes.

The danger in using portable generator comes from the fact that they have fuel-burning engines. The engine exhaust contains high levels of poisonous carbon monoxide. Exposure to carbon monoxide emitted from a generator’s exhaust can be fatal within minutes indoors or in enclosed spaces.

Even a generator placed too close to a home can be dangerous if the exhaust fumes seep through doors, windows or cracks in the home’s exterior. The danger is so serious that the Consumer Product Safety Commission requires all newly manufactured or imported generators to include a prominent warning label that says “Using a generator indoors can KILL YOU IN MINUTES.”

Portable generators are also commonly used as a power source for tools and machinery at construction sites. When the temperature drops, generators may be moved inside a shed or tent to avoid exposure to the cold. However, using a generator inside an enclosed space dramatically increases workers’ risk of carbon monoxide poisoning.

The Consumer Product Safety Commission found that males were far more likely to be victims of carbon monoxide poisoning caused by portable generators. Males account for almost three in every four generator-related deaths. Although they only make up 12 percent of the population, African Americans represented 23 percent of the carbon monoxide fatalities during the 14-year period studied by the commission.

People should keep portable generators outside, at least 20 feet from a home and away from windows and doors. Generators at construction sites should not be place inside enclosed structures or tents.