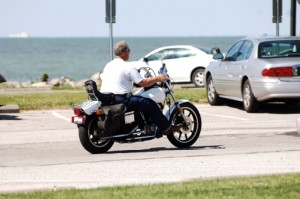 As spring brings warmer weather to Washington State, motorcycle enthusiasts are eagerly returning to the road. Unfortunately, that also means motorcycle accidents in Washington are on the rise.

Recently, motorcycle crashes in the state killed one man and injured another. In one accident, a 75-year-old Oregon man died after he lost control of his motorcycle and was thrown from the vehicle while making a right turn near Mabton. In the other accident, a 55-year-old Kennewick man was injured when his motorcycle struck a pick-up truck turning left out of a driveway in Sunnyside.

According to the National Highway Traffic Safety Administration, 72 people died in motorcycle accidents in the State of Washington in 2011, up from 70 fatalities the previous year.

The data also show that:

If you have been injured or lost a loved one in a Yakima Valley area motorcycle accident that was someone else’s fault, talk to the experienced Yakima Valley personal injury attorneys at Mariano Morales Law about your right to compensation. We can help make sure that the party responsible for your injuries or loss is held accountable. Contact the team today at 866-972-0493 or use our online contact form for your free initial consultation.