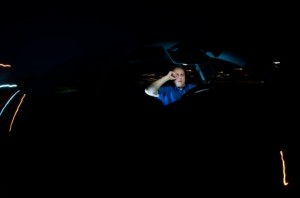 A serious head-on collision In Washington State was the result of drowsing driving, officials from the Washington State Patrol say. The collision on June 19took place just south of Uniontown on Highway 195, when a southbound Kia Spectra drifted into the northbound lane and collided head-on with a Dodge Avenger, according to KLEW-TV. “This is another tragedy where a drowsy driver, if they would have pulled over and stretched or something of that nature, this could have been avoided,” said Trooper Courtney Shawley. Both vehicles were totaled and one driver was hospitalized.

Most people understand the dangers associated with driving under the influence, aggressive driving, and even distracted driving. However, there is another serious threat to everyone on Washington State’s roadways that people often overlook – drowsy driving.

Accurate statistics regarding the extent of the drowsy driving problem in the United States are hard to come by for two reasons. First, reporting and recordkeeping practices vary from one state to another. Second, people are usually hesitant to self-report falling asleep behind the wheel and causing a crash.

The National Highway Traffic Safety Administration conservatively estimates that fatigued driving contributes to at least 100,000 crashes throughout the U.S. each year. In countries such as Australia and England, where reporting practices are more consistent, data indicate that drowsy driving contributes to between 10 and 30 percent of all collisions each year.  In the U.S., it is believed that more than 70,000 injuries and over 1,500 deaths each year are caused by fatigued driving.

According to the Washington State Department of Transportation, drivers falling asleep behind the wheel in Washington State caused 1,559 collisions in 2011. As a result of those accidents, nine people lost their lives and 62 were seriously injured. Additionally, 348 collisions were caused by drivers who were “apparently fatigued,” resulting in three deaths and serious injuries to 11 others.

All motorists need to recognize, and heed, the signs of drowsy driving. The mistaken belief that a driver can make it a few more miles despite obvious fatigue can end in tragedy.

If you have been injured by a drowsy driver in Yakima Valley, you could be entitled to compensation. The Yakima Valley car accident attorneys at Mariano Morales Law can help you protect your rights. Contact the team today by calling 866-972-0493 or by using our online contact form for your free initial consultation.