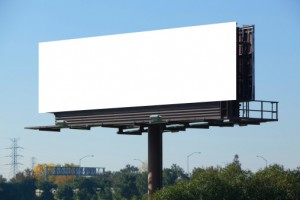 If you live in or visit Yakima, Washington, you are undoubtedly aware of the proliferation of billboards and digital signs around the city. Yakima itself welcomes visitors with a sign visible from Interstate 82 declaring the city as the “Palm Springs of Washington.” Many cities impose restrictions on billboards and digital signs or ban them altogether, and the City of Yakima has decided to address the issue as well, according to a recent report in the Yakima Herald-Republic.

Last April, the city imposed a moratorium on new billboards, which has recently been extended for six months. When the city extended the moratorium, it also expanded its coverage to include digital signs. During the moratorium, the city is considering tightening standards and regulations relating to signs.

Many people see as an overabundance of signs in the area. In addition, some smaller signs are in violation of existing regulations. While officials indicate that an additional code enforcement officer will be hired to combat illegal signs, the larger issue regarding regulation of billboards remains.

Changing the current standards and regulations would require city officials to make changes to the existing codes. Those who are reluctant to make changes argue that the City of Yakima should not dictate what private property owners can or cannot do on their property, the Herald-Republic reported. Those on the other side of the debate point to the rights of neighboring property owners along with public safety concerns when arguing in favor of curtailing or banning billboards and digital signs in Yakima.

Those who are opposed to changing the current laws argue that billboards and large signs stimulate the local economy by encouraging consumers to purchase products and spend money in the community. Research on the subject is scarce, because it is difficult to determine what form of advertising factored into a consumer’s decision to purchase a product. Moreover, according to the Herald-Republic, any benefits to the local economy derived from billboards and signs may be outweighed by the depreciation of property in neighborhoods that become overly commercialized by billboards and digital signs.

Yakima City Manager Tony O’Rourke has indicated that digital signs may be regulated but are unlikely to be banned altogether.