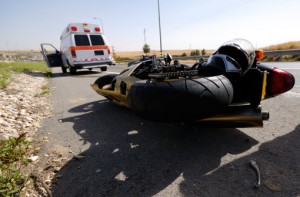 If you ride a motorcycle, then you know it is a riskier form of transportation than a car. Where a car provides a steel frame to protect occupants, a motorcycle offers nothing but open space between a rider and impact. Statistics show that while injuries and deaths from other types of traffic accidents are declining, motorcycle accident injuries and fatalities are on the rise across the nation. In Washington State, motorcycle accident deaths have been holding relatively steady over the past five years, which is good news compared to the rest of the country. However, even one death or injury is too many. In Washington, 72 people lost their lives in a motorcycle collision in 2011 – two more than the previous year. Data compiled by the Centers for Disease Control and Prevention (CDC) reveal that 34,000 motorcyclists were killed during a recent seven-year period, and another 1.2 million were treated for non-fatal injuries. During that same period, the number of injuries increased from 120,000 in the first year to 175,000 in the last year.

Motorcyclists are 35 times more likely to be involved in a fatal collision than their counterparts in other motor vehicles. While approximately 45 percent of all Washington State motorcycle accidents are single-vehicle collisions, the remaining 55 percent involve at least one other vehicle. Studies have shown that when another vehicle is involved in a motorcycle accident, the driver of the other vehicle is at fault as often as three out of four times. The most common reason drivers give for why they caused an accident with a motorcycle is that they never saw the motorcycle.

Some other common factors in motorcycle accidents include:

Motorcycle crashes can cause devastating injuries to riders. Although helmets and protective clothing, such as gloves, boots and heavy pants, can help protect motorcyclists, they are still far more likely to be seriously injured or killed than occupants of other motor vehicles.

Some of the most common injuries riders suffer in motorcycle accidents include:

If you or a loved one has been seriously injured in a motorcycle accident and another driver was to blame, the personal injury lawyers at the Mariano Morales Law Firm can help. We have been protecting the rights of individuals involved in motorcycle and other traffic accidents for nearly 20 years, serving clients in Yakima, the Tri-Cities (Richland, Pasco and Kennewick), Wenatchee, Grant County and Chelan County. Contact the motorcycle accident lawyers at the Mariano Morales Law Firm at (509) 972-0493  or by using our online contact form. Do not delay in contacting us to assess your legal rights. Your initial consultation is free of charge. Remember that we do not charge you anything until we obtain a settlement or verdict in your favor.